What Isn’t There (Ang Nawawala)

SYNOPSIS
Gibson Bonifacio stopped speaking when he was a child.

Now twenty years old, he is back in Manila for Christmas. While always festive in the Philippines, for his family it is tinged with sadness, marking the anniversary of his twin brother’s death. Against the backdrop of the vibrant local music scene, his childhood best friend tries to reconnect with him, while he unexpectedly finds a chance at his first, real romantic relationship.

Gibson reconsiders and redefines his relationship with his family, with himself, even with his dead brother: the only person he talks to.

“Marie Jamora and co-writer Ramon De Veyra has carefully conjured a coming-of-age tale that withdraws from the traditions of the genre. Instead of the raging hormones of burgeoning maturity or the delightful impulses of first love, ANG NAWAWALA (WHAT ISN’T THERE) maps the redemption of lost years spent making sense of a childhood trauma that resulted in the most enduring of heartaches.” — Twitch Film

“Plastered wall to wall with incredible music—most of which was recorded live for the film— WHAT ISN’T THERE has an array of fun, humorous moments and beautiful visual imagery.” — Slug Magazine

“This is what sets this movie apart, its ability to crawl under your skin and stay with you long after the credits have ended.” — The Philippine Star

“ANG NAWAWALA (WHAT ISN’T THERE) tells a small story and lets it grow into something wonderful. It is a movie made up of the small moments that mean so much, the pregnant pauses and meaningful silences that fill up so much of our lives. It is all strangely unfamiliar… It pulls this off with style to spare, pointing at a world full of strange wonder, good music, and loves yet to be found.” — Clickthecity.com 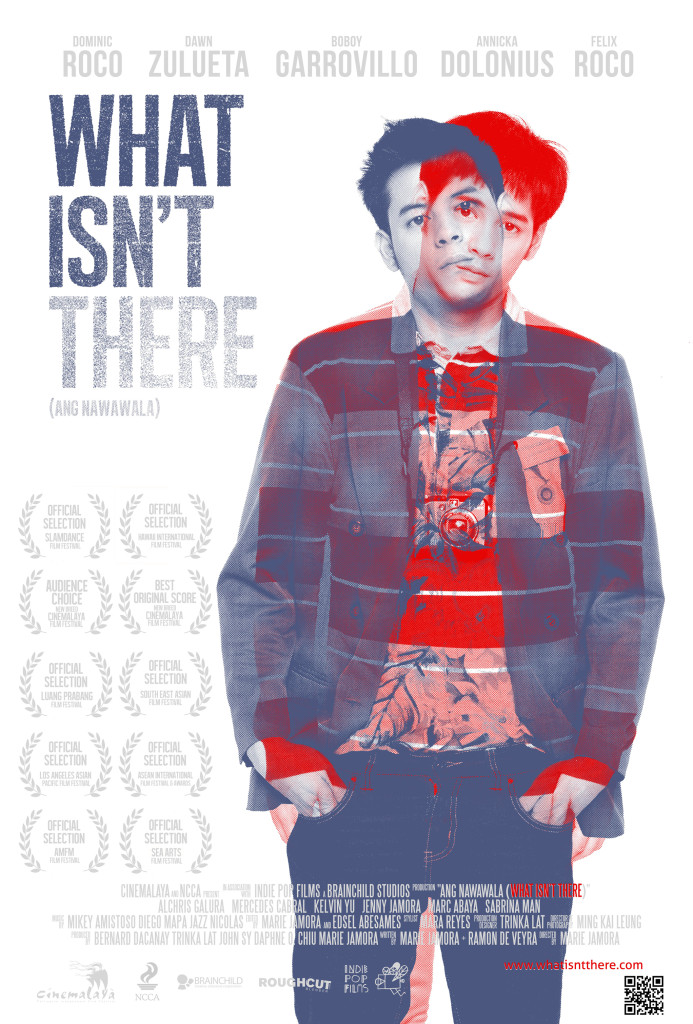 What Isn’t There Featurette:

What Isn’t There Director and Co-Screenwriter at NPR Park City: